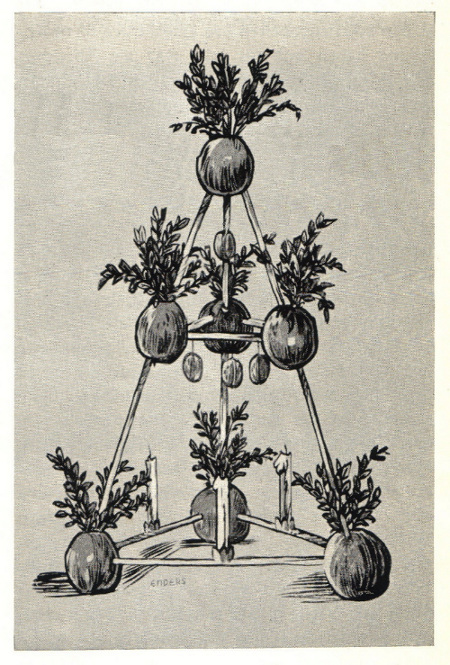 Its predecessor, not associated with Christmas customs, can be found in the 16th century in Bohemia, where pyramid-like “funeral frames” fitted with candles were part of burials. In the Berlin region Christmas pole pyramids have been documented since 1800, whose form is reflected similarly in the Thuringian and north German “Reifenbäume” or Bavarian “Klausenbäume”. The oldest Christmas pyramid still existing, which is driven by hot air, can be found at the Erzgebirgsmuseum in Annaberg and is the “Lenzsche Pyramide” from around 1800. It is still equipped with a little rape oil lamps, later on the pyramids were driven by candles. It is only from the second half of the 19th century that Christmas pyramids are mentioned particularly frequently as a component of Christmas at home in the Erzgebirge. There are different basic types of Christmas pyramids: the pole pyramid, stepped pyramid or standing pyramid, which can also vary in their external appearance as horse-gin, tower or hanging pyramids. 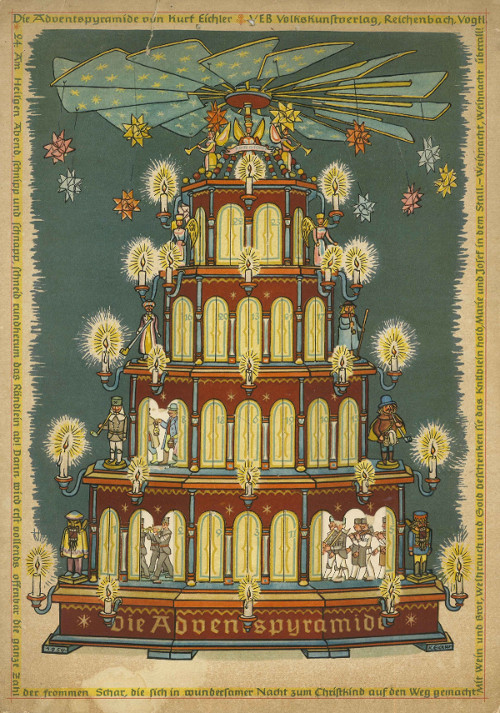 Christmas pyramids were only produced as individual pieces until the turn of the 20th century and only passed on within families. This changed towards the end of the 19th century when industrial production began which speaks for the high demand for this article.

In 1933 the first large outdoor show pyramids were exhibited in Frohnau and one year later in Schwarzenberg.