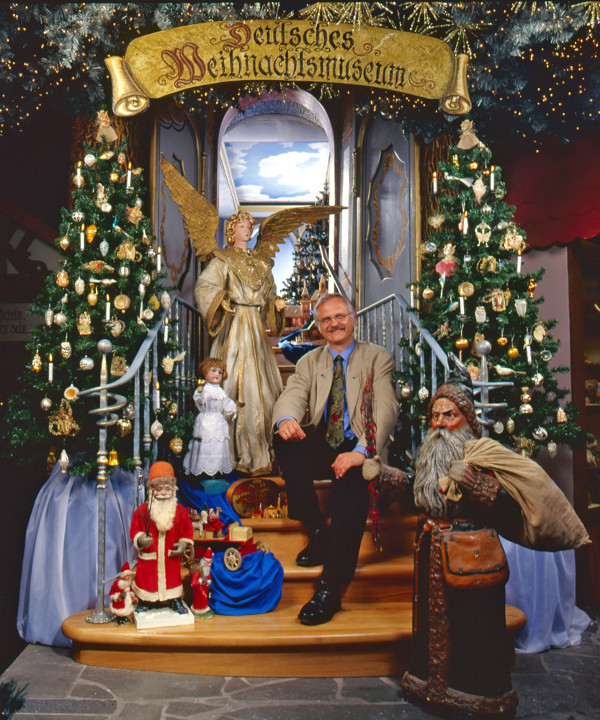 Shortly after the opening of Käthe Wohlfahrt’s now world famous “Christmas Village”  in Rothenburg ob der Tauber in 1981, Harald Wohlfahrt started thinking about traditional Christmas “in his great-grandmother’s day” for the first time. With the knowledge that the historical development of the many facets of this traditional festival are worth documenting, the desire was born to create a Christmas museum. His idea was for the wonderful historical Christmas decorations from the different areas of German culture to be presented there in a permanent exhibition for visitors from all over the world. However, they had to be collected first. In 1991 he eventually purchased the first piece for his private collection, a 1.25 m high Santa Claus. This Santa Claus with his rod raised admonishingly now served to remind him every day of his plan to create the Christmas museum.

Aided by professional support the concept for the museum finally began to take on form in 1998, although its completion was made more difficult by the extensive construction work necessary in the historical building.

On 29 September 2000 his long-cherished dream finally came true and the first permanent exhibition in Germany on the history of German Christmas traditions was opened. Since then the rooms at the German Christmas Museum have been giving visitors an insight into the world of Christmas as it used to be. 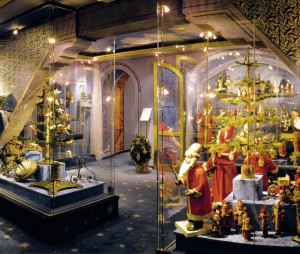 The history of Christmas and in particular its different decorations since its beginnings up until the mid-20th century are presented in a permanent exhibition covering an area of 250 m2 which is open all year round. Concise information in different languages allows for individual tours but guided tours are offered too.

In addition to the work involved with the exhibition itself, the museum team is also devoted to classic tasks associated with a museum: collecting and preserving exhibits and knowledge and doing research. It is not just a question of ensuring that historical objects survive but also that knowledge about the customs associated with Christmas which have been handed down through the generations survive. Often regional, these are also often almost forgotten.